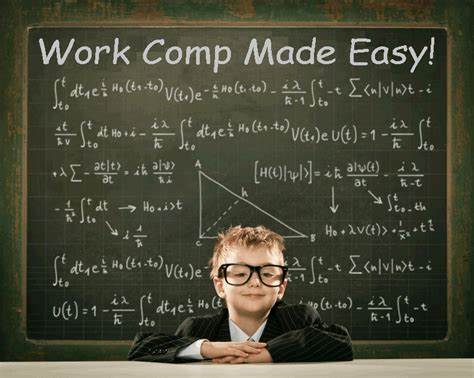 What is Workers’ Compensation?

Workers Compensation laws began as a response to unrest between labor and employers in the 1920’s and a societally sense of “fairness.” Prior to the advent of workers compensation laws, if a worker was injured at work, there only recourse was to sue their employer under general tort law (eg., negligence, wantonness, willfulness or failure to provide a safe workplace). While actions under tort law allowed a higher for a higher amount of damages, most job injuries were not due to the actions/inaction of employers; rather, they were accidents. In a situation where the worker fell off a ladder and stepped into a hole and damaged their knee, the worker did not have any legal remedy. Workers Compensation laws were created because our society did not think it was fair that a worker who was injured while performing their job duties-and making profits for their employer-was left to face the loss of income and mounting doctor bills on their own.

State Legislatures entered into what has been called a Grand Compromise in creating systems of workers compensation benefits. The compromise asked ALL parties to give and take for the betterment of all involved. With Workers Compensation laws, the injured worker would be entitled to prompt medical treatment paid for by their employer’s workers compensation insurance carrier; they were also provided compensation while they were out of work recovering from their job injury and a capped amount of compensation should they suffer a permanent physical impairment. In return, the employers were protected from being sued under general tort law- which allowed for much higher damage awards against them, and the insurance companies made more money by selling more and more policies. The system was a good one, and worked to the benefit of most employers, insurance carriers and injured workers for years.

Unfortunately, today the Grand Compromise seems to be broken. In Alabama, the amount an injured worker is entitled to receive while off work recovering from a job injury is capped at 2/3rd of their average weekly wage. This may seem o.k., until you realize that Alabama Power, your mortgage holder and everyone else expects you to pay 100% of your bills.

Additionally, the promise to prompt medical treatment is often nothing more than a theory as in Alabama, the workers compensation insurance carriers have increasingly availed themselves to any legal loophole to delay the injured worker from obtaining the reasonably necessary medical treatment the workers compensation carrier’s selected doctor says the injured worker needs.

The workers compensation system was set up so that lawyers would only be needed to help a worker who suffered a catastrophic injury and might not be able to return to their old job, or to any other type of employment; but, today in Alabama workers have to fight just to have a MRI performed.  Every day injured workers are denied necessary medical treatment through a process called Utilization Review (click here for one of our blogs on UR).  Workers are informed that some doctor they have never seen has opined that their recommended medical care is not really needed, and without an in depth knowledge of Alabama Workers’ Compensation laws, many injured workers believe that there is nothing they can do.

It is true that even given the current state of Alabama workers compensation laws, no one has to have an attorney to represent them, but I would like to let you know what the Court of Appeals of North Carolina had to say on the subject; “…in contested workers’ compensation cases today, access to competent legal counsel is a virtual necessity.” Church v. Baxter Travenol Laboratories, Inc., 409 S.E.2d 715, 718 (1991).

Not everyone who calls our offices ends up hiring us to represent them. In certain situations we are able to answer the injured workers’ questions and give some free advice (for instance, we have a book which explains workers compensation cases available for free if you request it). In other cases, the worker decides that they want someone to help them; the choice is yours, but it is smart to at least call a knowledgeable workers’ compensation lawyer with the questions you have.

If you have suffered a work injury and have questions about your right to Alabama Workers’ Compensation benefits,  don’t hesitate to contact Powell and Denny and speak with one of the experienced workers compensation and wrongful termination lawyers and schedule a free consultation.  Appointments are available in person, or virtually through Zoom for your convenience from wherever you live.

What is Workers’ Compensation?