Alabama Workers Compensation Law Why You Should Care 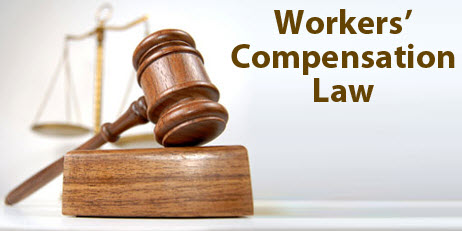 Alabama Workers Compensation Law Why You Should Care

Alabama Workers Compensation Law Why You Should Care: Recent news reports and government studies have shown how workers compensation benefits have been repeatedly cut in the past few years, as States sacrifice the health and wealth of injured workers in hope of getting more business to their State in a never ending “Race to the Bottom.” According to these studies, Alabama ranks at the bottom when it comes to workers compensation benefits.

For several years, several workers compensation law firms (including Powell and Denny) have been working with the Alabama Association of Justice in an attempt to get the attention of the Alabama Legislature, but apparently the plight of Alabama workers isn’t as important the wish list of businesses. In my opinion, a large part of the problem is that voters are not demanding meaning change, and they aren’t doing it because they fail to see how a more just workers compensation system in Alabama affects them, unless they or a family member has had to go through a workers compensation claim.

According to a recent OSHA report, “[e]mployers provide just 20 percent of the overall financial cost of workplace injuries and illnesses throughout workers compensation….As a result, taxpayers are subsidizing the vast majority of income and medical care costs of injured workers.”

A report in the Washington Post stated it thusly: “Somebody ends up paying for those injuries…taxpayers. When a worker ends up unable to work because of an injury, he or she can be covered by Social Security Disability Insurance, a program that has steadily increased in cost over the past two decades. The rise has many demographic factors behind it, but it looks like the abdication of responsibility by employers may have played a role as well.”

Moreover, according to a Department of Labor report, less than 40 percent of workers who are eligible to apply for workers compensation following a job injury actually apply for it and workers who suffer job injuries end up making an estimated 15% less over the following decade.

We should all care about the woeful state of Alabama’s workers’ compensation laws.

Alabama Workers’ Compensation Law Why You Should Care