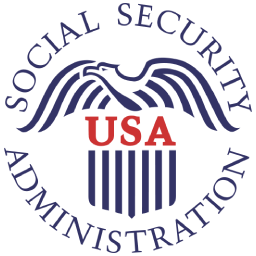 Alabama Disability Attorney Social Security Disability and ERISA: The Employee Retirement Income Security Act of 1974 (ERISA) (Pub.L. 93–406, 88 Stat. 829, enacted September 2, 1974, codified in part at 29 U.S.C. ch. 18) is a federal law that establishes minimum standards for pension plans in private industry and provides for extensive rules on the federal income tax effects of transactions associated with employee benefit plans. ERISA was enacted to protect the interests of employee benefit plan participants and their beneficiaries by:

ERISA is sometimes used to refer to the full body of laws regulating employee benefit plans, which are found mainly in the Internal Revenue Code and ERISA itself.

Responsibility for the interpretation and enforcement of ERISA is divided among the Department of Labor, the Department of the Treasury (particularly the Internal Revenue Service), and the Pension Benefit Guaranty Corporation.

In general, ERISA does not cover group health plans established or maintained by governmental entities, churches for their employees, or plans which are maintained solely to comply with applicable workers compensation, unemployment, or disability laws. ERISA also does not cover plans maintained outside the United States primarily for the benefit of nonresident aliens or unfunded excess benefit plans.

In the context of this discussion, we will be looking at how ERISA-and specifically Long-Term Disability (LTD) plans interact with Social Security Disability awards.

It is not uncommon for an employer to offer LTD insurance to their employers, along with health, vision and dental insurance.  In most of these policies, the LTD carrier has included language which allows them to recover long term disability payments that were “overpaid” once the disabled worker is awarded and drawing Social Security Disability benefits.  This is basically a contract between the insurance carrier and the disabled party; however, if the employer is a private employer (not a church or governmental entity), then the courts have held that the insurance company’s right to subrogation is preempted by ERISA.

ERISA preempts “any and all State laws insofar as they may now or hereafter relate to any employee benefit plan.” ERISA 514, 29 U.S.C. 1144.  Given this, for a while the Courts held that a LTD insurance carrier could only seek to recover benefits from the beneficiary through equitable remedies as Congress did not provide for any relief under legal claims-only those available in equity; eg., they were precluded from suing in State court under legal claims such as breach of contract.  This changed when the U.S. Supreme Court unanimously issued their decision in Sereboff v. Mid Atlantic Medical Services, Inc., 126 S.Ct. 1869 (2006).

In Sereboff, the facts briefly were that the Sereboffs were injured in an automobile accident in California, and their health insurance plan included  a section covering injuries caused by Third Parties, which asserted the insurance carrier right to subrogation should the insured recover damages from a third party.  The policy stated that the insurance carrier had a right to full reimbursement, even if their insured did not receive the full damages claimed.  A civil suit was filed, and Mid Atlantic asserted their right to subrogation of approximately $74,000.00.  The Sereboff’s received $750,000.00, but nothing was paid to the insurance carrier. Bad facts make bad law.

Mid Atlantic sued and won in U.S. District Court, and the U.S. Court of Appeals for the 4th Circuit affirmed the relevant parts of the lower court.  On Appeal to the U.S. Supreme Court, the Supremes upheld the decisions premised on the fact that Mid Atlantic was not really suing under law, but was really seeking to impose an equitable lien on the proceeds paid to the Sereboffs.

Shortly thereafter, in Reliance Standard v. Smith, 2006 WL 2993054 (E.D.Tenn)(October 18, 2006), that court similarly upheld a claim by the insurance carrier against their insured where the insured had used the damages awarded them to purchase stocks.  Here, the district court wrote:

“Reliance also is not asking the court to impose personal liability.  Rather it is asking for an equitable lien on the funds belonging to it and which can be traced to Smith’s stock fund…Reliance does not seek to impose personal liability on Smith.  Rather, it seeks relief to restore to itself particular funds or property in Smith’s possession.  Smith has admitted that the funds have not been dissipated but have been invested in a stock purchase.  Accordingly, the court finds that Reliance is entitled to a constructive trust/equitable lien on Smith’s stock assets traceable to the overpayment.”

In Disability Reinsurance Management Services, Inc. v. DeBoer, 2006 WL 2850120 (E.D.Tenn.)(September 29, 2006)(unpublished) the District Court in Tennessee dealt with an overpayment case with regards to a Social Security Disability benefits.  The court held, “The relief the plaintiff seeks is equitable in nature and permissible under ERISA. The Plan calls for the deduction of SS benefits from the LTD benefits received under the Plan; thus, the plaintiff seeks a specifically identified fund–all overpayments resulting from the payments of Social Security benefits.” Id., at p. 4. However, the court did not address 42 U.S.C. § 407 of the Social Security Act, so the court did not explain what funds the Plan could recover from if the LTD benefits had been spent.

However, other courts have come to different conclusions premised on the LTD carrier’s inability to specifically show that their insured still had possession of the “overpayment.”  For instance, In  Ross v. Pennsylvania Manuf. Assc. Ins. Co., 2006 WL 1390446 (S.D. W.Va. May 22, 2006), after LTD payments had been made, Ross received social security disability benefits, but did not pay Penn Manufacturing back after his LTD benefits were terminated. Ross brought suit seeking reinstatement of his LTD benefits and Penn Manufacturing counter-claimed, seeking reimbursement of the overpayment. Ross lost his claim to have his benefits reinstated, but PMAIC also lost its claim to obtain reimbursement.

The district court in Ross held that 42 U.S.C. § 407 of the Social Security Act prevented the recovery sought by Penn Manufacturing because Social Security law prevented equitable assignment or any efforts to obtain any type of constructive trust over Social Security payments. Of importance, the court reasoned that nothing prevented the plan from reducing LTD payments while they were being paid pursuant to the plan’s terms.

More recently, in  Herman v. Metropolitan Life Ins. Co., 689 F. Supp. 2d 1316, 1317-1318, (M.D. Fla. 2010) the claimant was able to avoid the insurance company’s claimed subrogation interest by proving to the court had evidence before it that his client has dissipated the LTD benefits that had been paid in the past, and thus there was no traceable funds, but in White v. Coca-Cola, 542 F.3d 848 (11th Cir. 2008), the Court ruled that the language in the Long Term Disability contract which allowed the LTD carrier to deduct “overpayments” from future LTD payments was permissible.

Given a clear reading of 42 U.S.C. § 407 and the Court’s rationale in Sereboff, most persons whom have been awarded Social Security benefits should not have to reimburse “overpayments” from the disabled person’s back pay as the LTD funds have long ago been spent, but that doesn’t mean that the Courts will see it that way.  Additionally, reducing LTD benefits to collect an overpayment appears to also be an option available to the LTD carrier.

Appointments are available in person, or virtually through Zoom for your convenience.